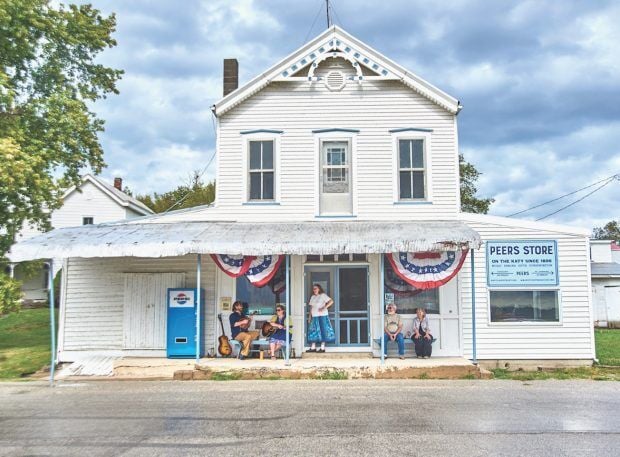 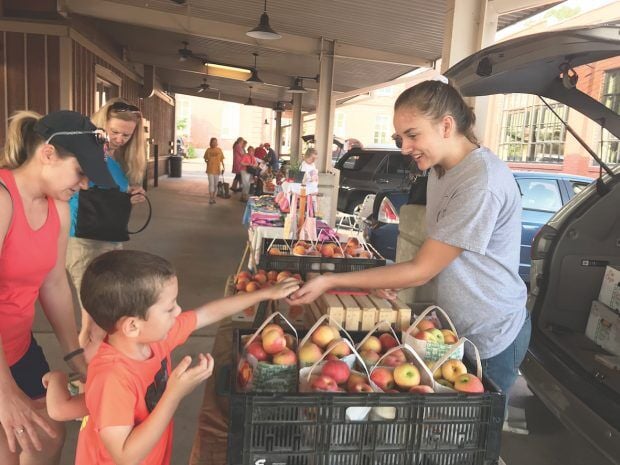 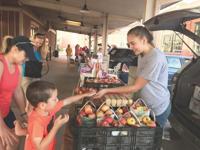 As the leaves turn from green to gold and rusty red, finding the best views of fall foliage means looking no further than St. Charles County where a country drive along Hwy. 94 offers up breathtaking vistas, new discoveries and found history around every bend.

Specifically, head to the ribbon of highway that runs from Weldon Spring to Washington, which is part of the German Heritage Corridor. Established in 2016 by Missouri Humanities, a statewide nonprofit organization dedicated to bringing educational programs to Missourians, the corridor is full of activities with appeal for all ages.

Weldon Spring Site Interpretive Center: Just a couple miles down Hwy. 94 from I-64/Hwy. 40 sits an unsuspecting building. If it weren’t for the massive pile of gravel and concrete behind it, you might miss it. This site once held the Weldon Spring Ordnance Works, which was constructed during World War II to produce explosives, and later processed uranium ore during the Cold War. However, before the site was constructed, this land was home to three towns: Hamburg, Howell and Toonerville, which were all forced to evacuate to allow for the building of the plant. Hamburg was a town established by German immigrants and maintained a predominantly German population during its history.

While the Interpretive Center, which houses information about the towns that were evacuated, the plant that took their place and the massive cleanup effort that resulted in the construction of a giant containment cell, is temporarily closed due to the COVID-19 pandemic, the Weldon Spring site is open to the public during daylight hours.

The site serves as a trailhead to the multi-use 6-mile Hamburg Trail with connections to Missouri Department of Conservation trail systems, the Great Rivers Greenway trail network and the historic Katy Trail State Park trail that stretches across the state along the Missouri River. Additionally, a climb to the top of its 41-acre disposal cell offers panoramic views of St. Charles County and the 150-acre Howell Prairie. On a clear day visitors can see all the way to The Arch.

Climb to the top and take a picture, which you can share to our Facebook page using the hashtag: #germanheritagecorridor.

The site is made up of almost 300 acres, which include the Daniel Boone Home and the Village Historic Site complex. Visitors to the site can see representations of early 1800s pioneer life in Missouri through tours and living history demonstrations. The site hosts many special events throughout the year where kids and adults alike can experience hands-on history.  The complex is open from 8:30 a.m.-5 p.m., Monday through Saturday, and from 11:30 a.m.-5 p.m. on Sundays. Tours start at 9 a.m., Monday-Saturday and at noon on Sunday (fees are charged). For details and current pandemic protocols, visit sccmo.org/1701/The-Historic-Daniel-Boone-Home.

Femme Osage United Church of Christ in Augusta: This beautiful church, located at 4360 Cappeln Osage Road, was home to the first Evangelical congregation west of the Mississippi River, founded in 1833. Churches frequently served as more than just the religious center of the town; they regularly served as the location of many town activities, from dances and picnics to festivals and fundraisers. Oftentimes, the establishment of a church and the congregation that came with it is what established the town itself, as was true with Femme Osage.

Visitors are welcome to respectfully explore the church’s historic cemeteries and beautiful scenery.

Recently listed on the National Register of Historic Places, the store opened in 1896 as the Glosemeyer General Store. It was owned and operated by the Glosemeyer family, German immigrants who settled in what was then called Peers, Missouri. The family took advantage of the railroad boom and built a general store just steps from the tracks of the Katy Railroad line that ran through Missouri until the 1980s. Today on a typical weekend, visitors can grab a snack and listen to music on the porch.

The store is open noon-4 p.m. on Saturdays and Sundays through October.

The Mercantile was built in 1896, like Peers, to welcome the new Katy Railroad. Also owned by Katy Land Trust, the building today is still in the midst of preservation efforts so it may someday be open to the public. For now, visitors can read the panel in the window of the Mercantile to learn about the history of the building, visit the grain elevator and and snap a selfie with a giant ear of corn (#katycorn).

The corn is carved from the remains of a massive elm tree that grew to the right of the Mercantile for over 100 years. Unfortunately, the tree died before the site was purchased by Katy Land Trust. But when it was cut down, its 12-foot stump was soon carved into Missouri’s largest ear of corn!

Downtown Washington:  As you continue to explore the German Heritage Corridor, the city of Washington should not be missed.

Founded by German immigrants, with a beautiful downtown full of activities, there is something for everyone in this quintessential Missouri River town from shopping to dining to special events.

If you find yourself there on a Saturday, be sure to check out Washington Farmers’ Market and ask about the Sprouts Kids Club, which allow visiting veggie-lovers to receive a punch card and get a “punch” with each visit to the Farmers’ Market gets a punch. Completed cards can be exchanged for tokens and used to purchase items at the market. It’s a fun way to encourage kids to eat healthier and eat locally! The market is open from 8 a.m.-1 p.m. through October.

Upcoming special events include the city’s 20th annual Fall Festival of the Arts & Crafts on Sept. 25-27 and the Pumpkin Palooza on Oct. 30, featuring a giant pumpkin contest, seed spittin’ contest and pumpkin roll plus a costume contest, story time, music from Babaloo,and trick-or-treating at city shops. In late November, don’t miss the Holiday Parade of Lights.

To help plan your trip to Washington, visit downtownwashmo.org.

Caitlin Yager, director of Heritage Programs for the Missouri Humanities Council, contributed to this article. For more information on the German Heritage Corridor, visit mohumanities.org.