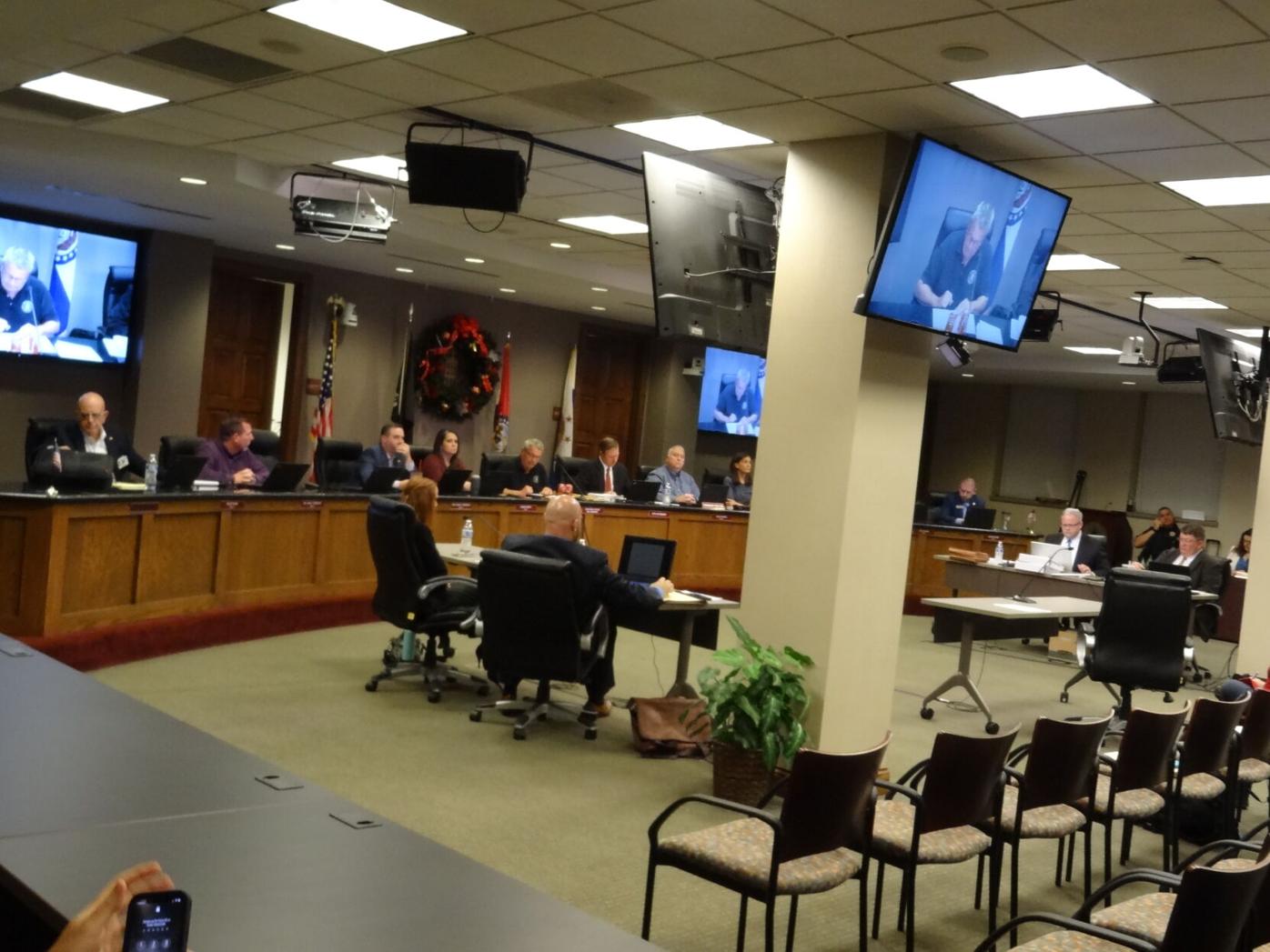 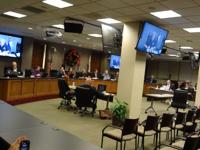 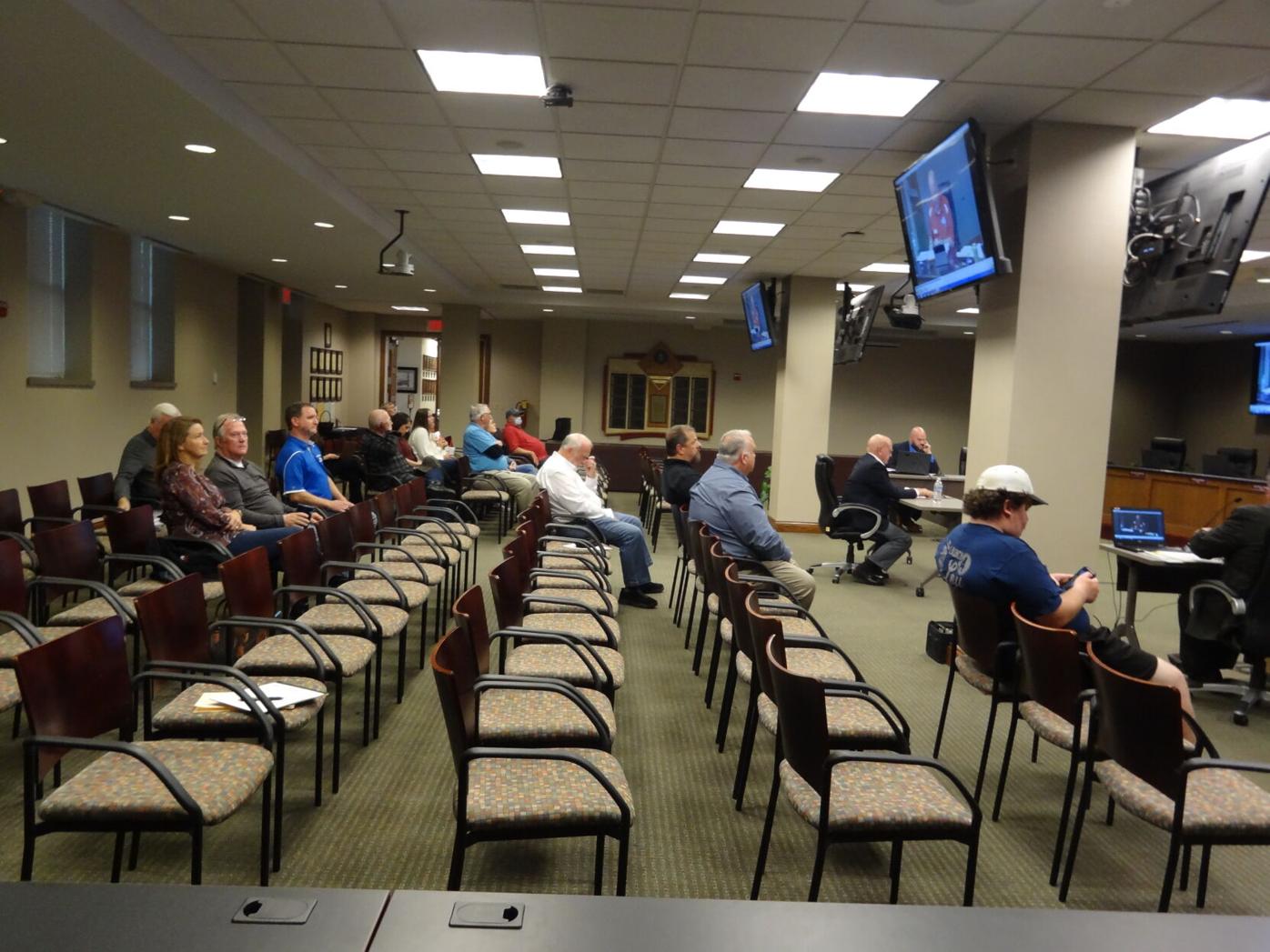 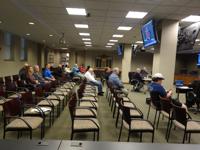 At the motion hearing, most of the audience members were city council members. (John Tremmel photo) 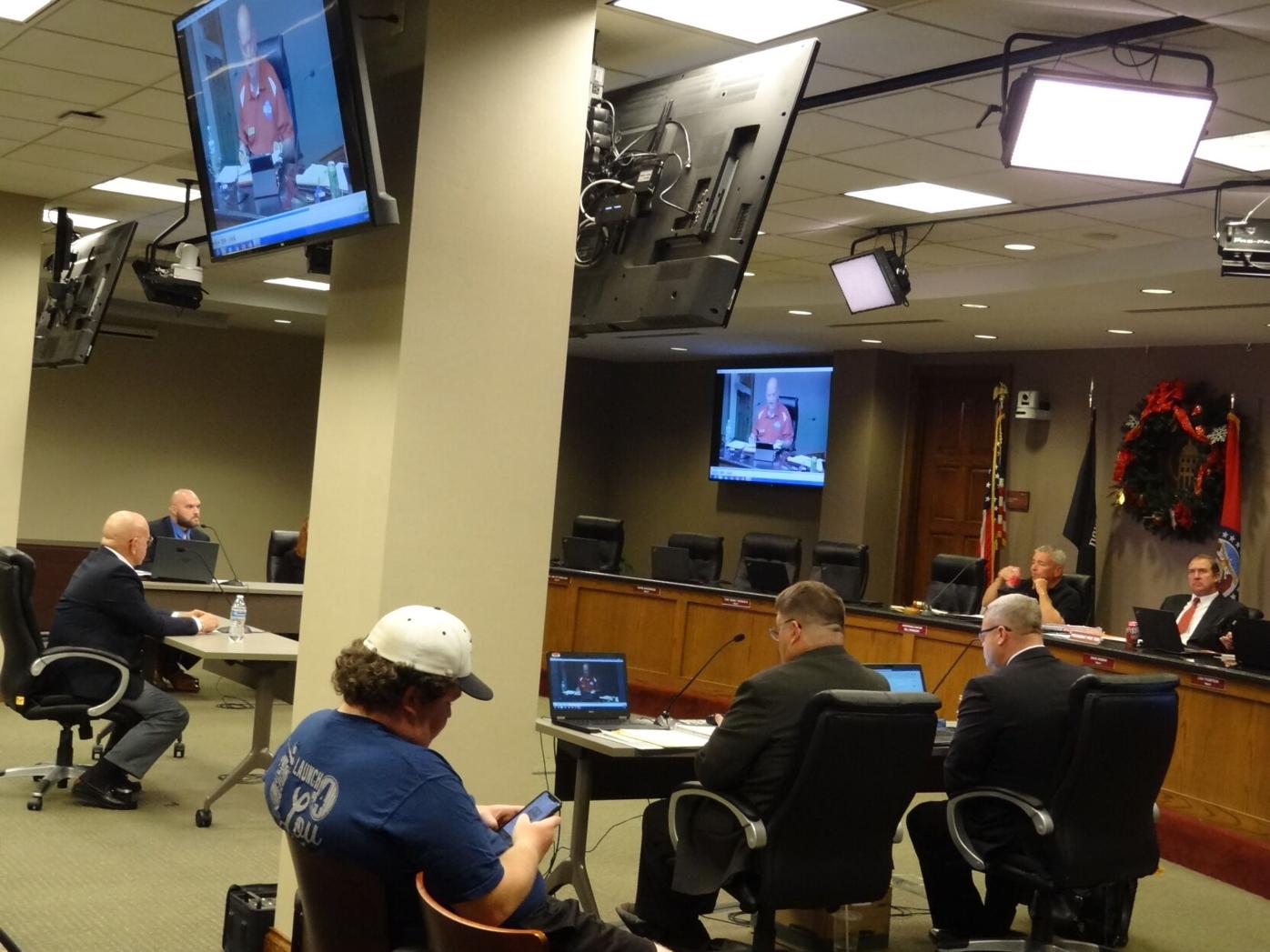 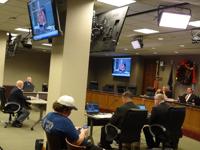 At the motion hearing, most of the audience members were city council members. (John Tremmel photo)

The formal impeachment hearing for O’Fallon City Council member Katie Gatewood (Ward 5) began on Sept. 30 but was adjourned early in order to adequately address four defense motions that apparently were a surprise to the city and the special prosecutor.

Two charges were included in the Articles of Impeachment: Article I “interference by a city council member … in the police department and duties and status of the chief of police.”  Article II alleged that Gatewood “engaged in malfeasance by speaking untruths, lying, and/or making material misrepresentations … in violation of her oath of office.”

On Nov. 16, after more than 5 hours of additional proceedings, Mayor Bill Hennessy issued instructions for the production of a hearing transcript by Dec. 3, prosecutor and defense post-trial briefs by Dec. 17, Impeachment Board (council members) review of those materials, then a final discussion and an impeachment vote to be conducted at the regular council meeting on Jan. 13, 2022.

Per the city charter (Section 3.6 C), a simple majority of the Impeachment Board will suffice to convict Gatewood on one or both articles, either of which could result in her removal from office. Because the impeachment due process was followed, only a simple majority is needed.

“The Mayor may, with the consent of a majority of the entire City Council, remove from office, for cause shown, any City Council member, such Council member being first given opportunity, together with his or her witnesses, to be heard before the City Council sitting as a Board of Impeachment.

Any City Council member may, in like manner, for cause shown, be removed from office by a two-thirds (2/3rd) vote of the entire City Council, independently of the Mayor's approval or recommendation.”

Not surprisingly, the hearings appeared to be stressful and exhausting for everyone in the room, with everyone laser-focused on even the smallest details and comments.

According to official records, through Nov. 4, the city had spent $110,755 on legal expenses for the Gatewood investigation and impeachment hearings. None of the legal activities after Nov. 4 have been billed/paid yet.

Between 4:30 p.m. and 6 p.m. on Nov. 16, a pre-trial motion hearing” was conducted by Hennessy with advice from Municipal Judge Dennis R. Chassaniol. The mayor was acting as the judge for the motions. Council members did not have a role in decisions about those motions, so none of them were on the dais. Most were in the audience.

Representing Gatewood was defense attorney David Roland, of the Freedom Center of Missouri, located in Mexico, Missouri. He is co-founder and director of litigation for that organization.

Gatewood already had recused herself from the impeachment board on Sept. 30.

The defense also had filed a motion to exclude certain pieces of prosecutorial evidence, such as “Exhibit Q, a 940-page document comprised entirely of Facebook posts, because it is multiple layers of hearsay and second, a transcript of a conversation between several people is very clearly hearsay.” The defense objected to those exhibits being included, and objected to “eliciting testimony that is not directly related to the two specific charges leveled in the Articles of Impeachment.”

During the Nov. 16 motion hearing, Roland called to the witness stand individually and pointedly asked questions of council members Kling, Hinman and Kuehn. He cited statements each of them had made in 2021 council meetings that he alleged were an illustration of their pre-trial bias. Roland played video clips of those statements from city recordings of council meetings.

Dean rebutted each of those and said they all were part of the process the council had to go through to determine if further action was needed. He said their preliminary views were needed in order to decide about proceeding with an impeachment hearing due process. He asked each of the three if they had a closed view about the impeachment or if they had an open mind about the issues. They each said they had open minds and could be fair in decision-making.

Regarding the motion to exclude certain evidence, Hennessy said there would be no oral arguments. He explained he would rely on his reviews of the written briefs, arguments and rebuttals that were filed with the motion.

Roland closed by saying if the council members were not disqualified, “that could be used in an appeals court, a real court, because even an appearance of impropriety” could be a problem.

Dean closed by again saying the preliminary views of the council members actually were part of the process for the council to determine if it was necessary to proceed with an impeachment hearing. He said none of the three should be disqualified.

Hennessy closed the motion hearing at 6 p.m. and said he would provide his decisions at the beginning of the impeachment hearing, after a 20-minute recess.

The entire pre-trial motion session is viewable verbatim on O’Fallon TV via the city’s website,  ofallon.mo.us.

He announced his rulings by saying the three motions to disqualify the council members were denied and the motion to exclude certain evidence was denied. He asked all council members to be seated on the dais as the impeachment board, except self-recused Gatewood (she sat at the defense table).

Dean’s guided his witnesses in detail through their own examples of how Gatewood’s questions and actions in council meetings constituted interference in the police department and the chief, how asking about Dupuis in Conroe constituted an interference with the chief, and how she lied on several occasions about whistleblowers that she said she was protecting.

Roland cross-examined each of the witnesses, making the points that asking questions does not constitute interference, that Gatewood never ordered anyone to do anything, and asking police in Conroe about Dupuis could not interfere with anyone in O’Fallon.

Roland also challenged witness allegations about lying and changing stories, by presenting alternative ways to interpret what she said and why.

In Roland’s closing summary, he clarified that Dupuis thought it was interference because Gatewood’s questions and calls to Conroe made him uncomfortable and hurt his feelings.  Roland said discomfort and hurt feelings do not constitute interference.

Regarding lying, Roland clarified that the city-ordered Lauber Report said there is no legal duty to truthfulness, so even if she did lie, that is not impeachable.  He said it would be unconstitutional to remove her from office because of these alleged violations, and if necessary they will pursue a fair tribunal in federal court.

Roland said instead of impeachment, the best course would be to let the citizens of Gatewood’s city ward (not the council) make the decision during the next election about her remaining in office.

In Dean’s closing summary, he said the prosecution had met the requirements of the city charter section 115.090 covering interference. He said the lying and changed stories met the “for cause” provisions for impeachment, even though the lying is not a violation of law. Dean also said Gatewood did not fulfill her oath of office to faithfully demean herself.He said only one of the two articles is sufficient to convict.

The entire impeachment hearing session is viewable verbatim on O’Fallon TV via the city’s website, ofallon.mo.us

This was O’Fallon’s first impeachment process and hearing as a home rule charter city. Prior to voters approving the charter in April 2009, the city’s board had voted to impeach Mayor James Brown on Feb. 19, 1986. His subsequent court challenges lasted into March 1987. Brown did not win the election in April 1987, so the impeachment was a moot point.