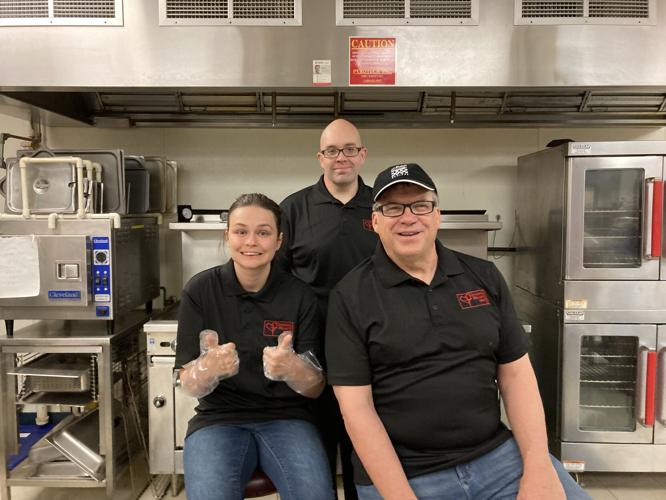 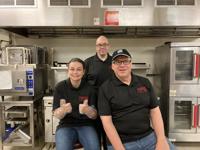 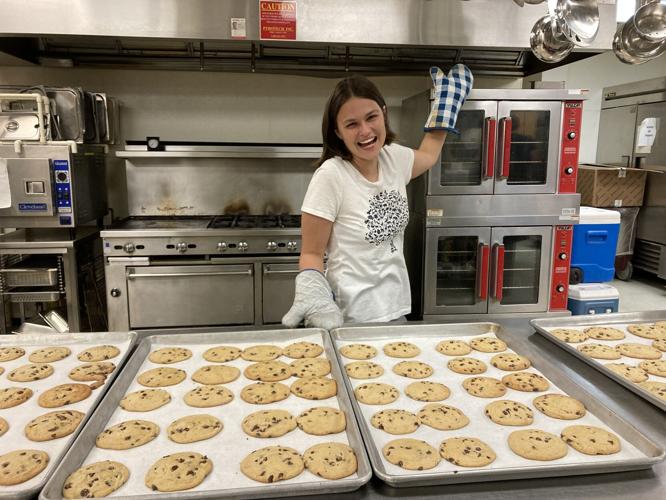 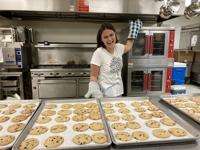 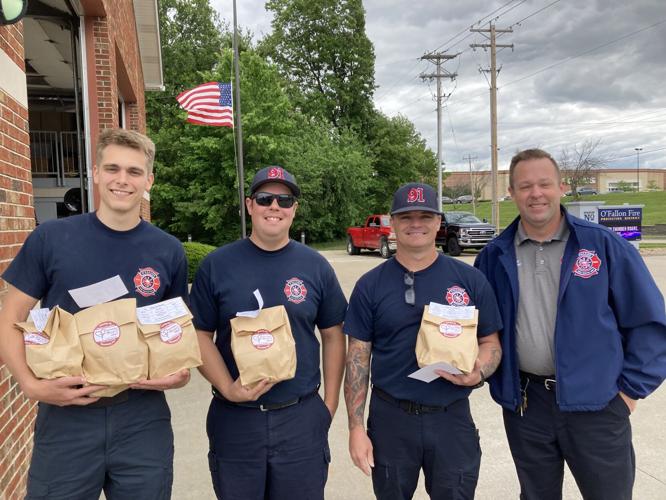 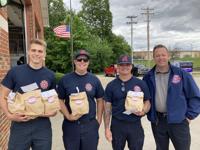 “Smokey Scott,” the owner of Crossed Heart BBQ, has loved barbecue ever since he can remember. He grew up at the intersection of West Glen and West Club in Kansas City, which he said, “Always smelled like bacon.” It was the perfect setting for a solid barbecue education, one that has proved quite useful in his retirement years.

After raising a family with his wife, Barbara, in Wildwood, he retired from Boeing and moved to St. Charles. Then, he got back to his roots and discovered that his true passion was in making really good barbecue for people he admired.

“The thing about barbecue is – if you don’t like to share, you’re going to have a problem,” Scott said.

In December 2021, after sending some meals to his St. Louis County Police officer son-in-law, Jake, Scott had an idea.

“I sent meals to Jake’s precinct and received so much gratitude,” Scott said. “We got notes thanking us for having their backs and for the personal support. I started asking myself why more people didn’t do this because it was so rewarding for everyone involved.”

Inspired, Scott decided to launch Crossed Heart BBQ (crossedheart.org) as a nonprofit with a mission to provide meals to area first responders.

The St. Louis BBQ Society provided a grant to help the nonprofit get started and Scott’s family, friends and local businesses also contributed to the cause. Waypoint Church in St. Charles agreed to let Scott use their commercially equipped kitchen to prepare sides and assemble the meals. However, he quickly realized that he was in over his head, given the number of meals he wanted to prepare. Along with police and fire departments, he really wanted to include 911 dispatchers, park rangers, park police, security guards and campus police, who don’t typically get acknowledged with donations.

“I realized I needed more help if I was going to implement my ideas, and the first person I thought of was my son, Ben, who is on the autism spectrum. He is highly intelligent; however, he can be challenged by social anxiety and sensory issues,” Scott said. “He has struggled with getting employment in the past, but naturally, I passed on to him a love and desire to make barbecue, so he wanted to join me.

“Ben is the pit master and pretty much runs the kitchen. He’s unusually gifted in the rubs and spices area,” Scott said.

For the 39-year-old, Crossed Heart BBQ was his first real job.

“He got so excited about getting his first paycheck. It was a really big deal,” Scott said.

Community Living in St. Charles County is also a source of regular volunteers and employees for Crossed Heart BBQ. Their mission is to help people reach their highest potential through meaningful employment for people with all abilities. Volunteers have jobs like applying labels on containers, putting bags together, organizing products and delivering meals to first responders. One volunteer, a young woman named Carlie, who is 22 and also on the autism spectrum, comes in once a week to make the cookies and package the beans, maintaining the bean temperature to perfection.

Beans are Crossed Heart BBQ’s signature dish. Made with peppers, several different kinds of beans, pulled pork and spices, the recipe is kept under lock and key.

“We get asked for the recipe almost every time we deliver meals, but I will never share it. It’s a special secret!” Scott exclaimed.

Each meal is packaged for individual consumption and includes a container of pulled pork or pulled chicken, buns, beans (regular or vegetarian), a gourmet cookie, a bottle of water and a plate, fork and napkin.

“St. Charles is a community that really rallies behind its first responders and that’s something that none of us here take for granted because we know it’s not like that in every community,” said Kyle Gaines, St. Charles County Ambulance District public information officer. “Smokey Scott and his team go absolutely above and beyond and it means the world to us to be able to receive the delicious food they provide.

“We also just love getting to visit with the team members when they come. They drop off meals for one shift and leave meals for the other shifts in the fridge so that everyone here ends up with a meal no matter what shift they are working. They have gotten it down to a fine art. It’s great!”

When they can, Crossed Heart BBQ and the first responders also give the barbecue bags to those in the community who are hungry.

“We can’t solve the problem of hunger in our communities, but we can definitely help,” Scott said. “Barbecue is magic food. Sometimes we give food to tell someone we care about them, (such as) if a father is on his own with the kids and his wife is in the hospital, or a single mom is working two jobs and needs lunch, or someone hungry just needs to eat.”

Scott’s plan for the future is to continue bringing his barbecue bags to those in need for as long as possible.

“I was going to say that I would like to do this until Ben can do it full time but honestly, he is already doing that. Ben does the hard work of the cooking and I’m just the administrator now, so I guess I’ll just do it until I can’t,” he said.